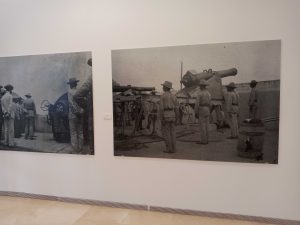 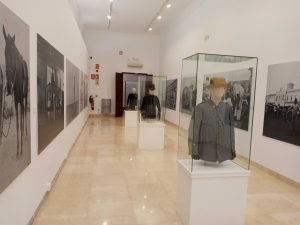 Antequera, Spain hosts an exhibition on the Cuban Civil War

I live a 20-minute drive from my home in the Andalucian countryside to the city of Antequera. There are lots to see and do there. On the website for the city attractions, I noticed several exhibitions; one was for the Cuban war of independence.

Check out this great website for all the information on Antequera – See more.

I love Antequera. Imagine, if you have ever been to Granada, the city of Antequera is a smaller version. There is so much to see and do, a single day is not enough, and a week is a better option. However: if you are using Nerja and Nerja Beach Holidays as a base, take a day trip. There are often free exhibitions in the many museums, galleries and other great public buildings.

I went last week to see the CUBA 1897 exhibition and the art gallery containing works by local artists, both free of charge. Here is a link to the MAD website.

This exhibition runs from the 23rd of September to the 27th of November 2022. There are large photographs showing the Cuban artillery pieces, the soldiers and officers as well as uniforms, insignia and other related artefacts.

In 1894 Spain cancelled a trade pact between Cuba and the United States. The imposition of more taxes and trade restrictions prodded the economically distressed Cubans in 1895 to launch the Cuban War of Independence, a resumption of the earlier struggle. Cuba’s war of independence.

If you ever get the chance to visit Spain, be sure to come to beautiful Andalucia. Some of the most famous towns and cities are here. Ronda, Granada, Seville, Malaga, Cordoba, Cadiz and many more.